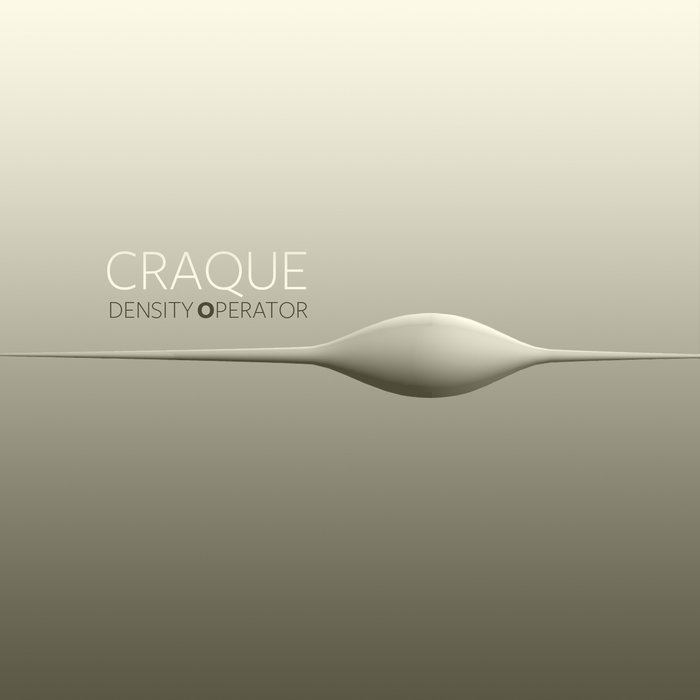 Thanks to the folks at Stadtgruen for supporting this album over the past decade, I'm sorry to see them finally shut their doors for good. I've been waiting for a good time to re-release this on Bandcamp after 10 years, and since I missed 2018-01-17, I figured 2018-11-07 was close enough. "Licht" has been featured on several compilations and this entire album gets good rotation on SomaFM, they remain some of my favorite tracks. I hope they become yours too.

Maybe we scare away some loyal stadtgruen-listeners with Craque's "Density Operator", but in this case it is worth while to look beyond our own nose into the appalling beautiful world of his more or less experimental sounds.

The title is program: everything in this world seems to be under pressure in order to extract the highest concentration of agility. Computer sounds are algorithms, just another form of mathematical strings. Thus the densification of sound works by finding the shortest possible expression (Qubit String). With this hypothetical approach we now are able to examine other phenomena. The same test arrangement: Light (Licht) will be analyzed upon its ability to be compacted. Initially it seems that it eludes. Only some frequencies can be captured, but finally it is caged in a small grey room. If something is densified in this way, it will naturally try to expand itself to its normal volume. Restraining it from this it will 'interfere' with its jailor in pulsating attempts and finally get rid of him as an entity, as a 'Monade', free floating, self-absorbed and situated in its normal environmental density. In history of Philosophy a Monade is defined as the smallest imaginable point, as the origin of all. The atomism bases on this theory by expanding the approach to a defined number of basic elements. Elements are able to interact by free valences. More complex structures will emerge from this inherent activity. By forcing density an entangled situation is created, in which even ephemeral figures can pop up. In the end the organic world emerges from the inorganic processes as a balanced state of highest complexity. Just like the molecules and atoms the complex structures interact with each other in order to create something intangible: life is always expression (Ausdruck) sometimes as physical activity, or as words, or sometimes as music. But if density rises it might be as ephemeral as its basic modules.

It's all hollow words. We invite you to examine by your own this primordial soup of becoming and decease, where beauty is in the ear of the beholder.

Serena Cherry debuts her black metal project, plus a Pick from the Crypt block from Svalbard