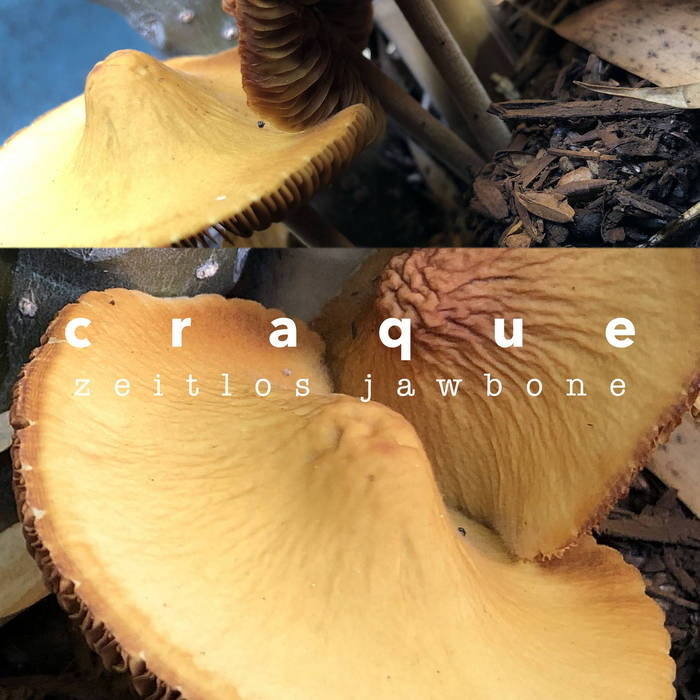 These tracks span the first decade of 2000. The earliest were born in live shows at warehouse parties or Deadtech or Smartbar or any number of underground venues in Chicago. There are those inspired by the impression of the expansive southwestern desert on my psyche after moving out west and those that are the result of true love. Others are reminiscent of the code I use in my job and the manga I escape through.

They are all grounded in the same stuff that has always excited me about performing and composing music: original sound, electro-acoustic sampling, improvisation, organic combinations of sonic textures and (not always pleasant) dream melodies. A strange album because of its carpetbagging feel, it has followed me across travels without ever finding a home, always a foreigner. And yet strangely the most personal and outwardly biographical music I have ever written.

In 2002 a subset of these were originally planned as the majestic first release on a brand new label, at one point I pinned many hopes and dreams on these tunes. That label never started, Jawbone became a pipe dream and mere downloads that I shared with friends. In 2007 I published it on Tunecore which got it into iTunes, but I was getting no traffic and it was a negative cost simply to have it available. I took it down, and it disappeared. The songs became part of my repertoire as a DJ, however. Stalwarts as my hybrid sets drifted between ambient, broken beat, minimal tech-house, and IDM.

My job search during the Great Pandemic of 2020 recalls the days of my many many attempts to get other labels' interest: tireless searching for the right opportunity, too quirky one way or the other to land a spot, dozens of demos sent with only a handful of offers that never coalesced. It might be telling that the quirk of the music matches my character and the unique perspectives I bring to supporting resilience in operating complex computer infrastructures.

The title is a buried reference to a location in the Mojave called Jawbone Canyon, where I was part of the grandeur of a full-fledged Moontribe celebration. That was a timeless experience for me, a watershed moment that focussed my outlook and centered my shaky directionless meandering. Timeless is also how some have described this music, it's true that when I listen the sounds invite me to welcome new experiences and remember that not all is lost.

Timeless, Jawbone now sits where I have found a home in Southern California, the music continues to grow. The time is right to unceremoniously publish it once again, only this time with more permanence and free downloads.

Recorded and assembled throughout the first decade of 2000 in various locations between Chicago and Los Angeles. Mastered in multiplicative ways but a great deal of it originally by Shawn Hatfield. Arranged with a combination of software tools that have been forgotten but certainly included Bias Peak, Tom Erbe's Soundhack, and Digital Performer. Electronic hardware involved: Kurzweil K2000R, Yamaha TG33, E-MU Proteus MPS Plus, Korg M1R, Korg ES-1. All guitars and traditional percussion instruments played by me.